The Normandy Inn, located in downtown Minneapolis, has been a landmark since it was first built in 1925. With its mix of brick and half-timbered architecture, the building looks like something you would find in the hills of northern Europe. Complimenting the unique façade are several eye-catching red awnings and canopies by Acme Awning.

Acme Awning was hired to recover and extend the original canopy after an extensive road work project was complete. Today, guests arriving at the hotel are protected from the elements by a traditional canopy that extends from the building nearly to the edge of the street. The front crown features the classic Normandy Inn “N” with the street number while both sides of the canopy announce the hotel’s name, all in a soft creamy color. The Normandy Inn’s new entryway canopy is an excellent example of how an awning can be functional and stylish, seamlessly fitting with the architecture of the building. 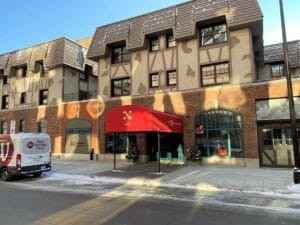 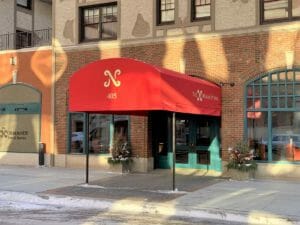 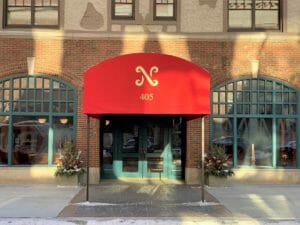 Posted in Project of the Month